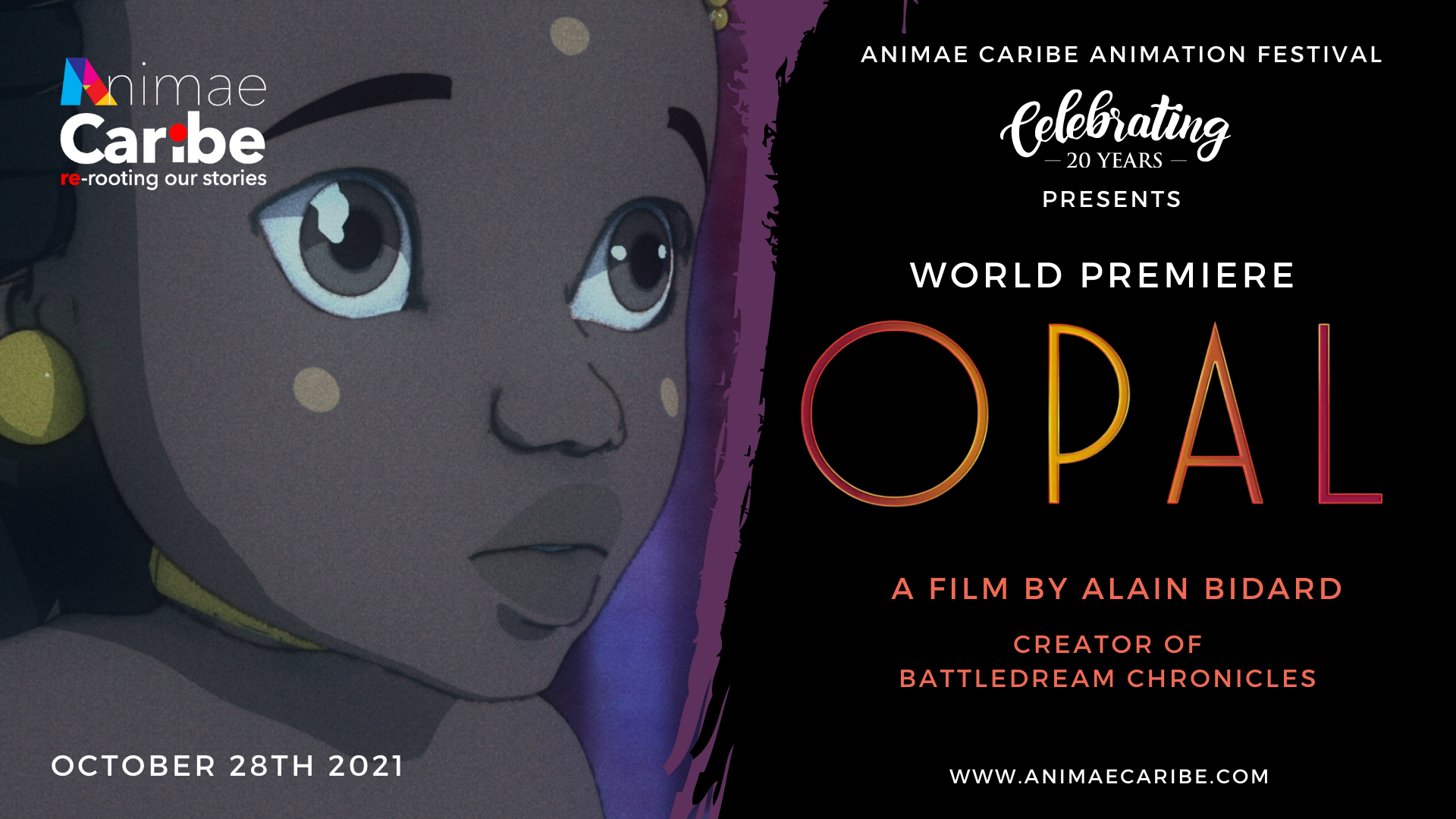 Posted at 07:51h in News by Anushka Sonai 0 Comments
0 Likes

Once upon a time a magic kingdom where summer lasted forever and where the animals and the inhabitants were immortal. The source of all magic was a young princess called Opal. Legends said that her joy would bring wonders and prosperity to the kingdom. But her sadness would only bring chaos and darkness… This is the premise for the amazing animated feature premiering at Animae Caribe Festival 20th Anniversary Screening on October 28th 2021 at a Cinema to be announced.

Not a stranger to Animae Caribe festival Alain Bidard is an award-winning animation film director who has worked in France for 17 years. He graduated from SUPINFOCOM, one of the best Computer Graphics schools in Europe. “ I grew up in a world where animation was either western or eastern. Never about us. The Animae Caribe was the first time I could see animation created with our Caribbean voice and soul. The first time the dream of seeing ourselves in the art that we love, ceased to be a dream and became a reality. I’m a lover of the art of animation. And being given the opportunity to premiere at the Animae Caribe 20th anniversary is an incredible chance for me to contribute in making the voice of our Caribbean animation industry louder. I and everybody who made this film a reality, are deeply grateful, happy, excited and honored for my second feature film, “Opal”, to be premiered at the 20th anniversary of the Animae Caribe.”

His first film, “Pixies”, entered many festivals including the prestigious Imagina festival in Monaco and Anima Folioscope in Bruxelles. In 2015 he premiered his first animation feature film, “Battledream Chronicle” at Animae Caribe Festival and went on to win over 20 awards and more than 70 nominations worldwide. Alain directed 2 other short films and a TV series pilot adaptation of his feature film, which together won more than 30 awards and more than 100 nominations worldwide.

Festival Director Camille Selvon Abrahams is ecstatic that they could premiere a Caribbean film for the 20th Anniversary.  “This is extremely symbolic of our perseverance and belief in the creativity of the Caribbean.  Mr Bidard is a shining example to young animators of the region his tenacity and beif in the Caribbean story is testament that hard work pays off, we are so excited to be honored with this premiere” With the announcement of the opening of cinemas the festival will be one of the first in the region screening to a live festival audience. Animae Caribe International Animation and Digital media Festival is one of the Caribbean’s leading animation events providing screenings, exhibits, workshops and entertainment since 2001. This year’s virtual festival runs October 28th to October 31st. Visit the website at www.animaecaribe.com