Animation has been a part of the Trinidad and Tobago landscape for over a decade. The Animae Caribe Animation Festival, one of the Caribbean’s longest running film festivals and the only one of its kind in the region, celebrates Caribbean animation from the 27th to 31st October 2015.

Camille Selvon-Abrahams, a leading Caribbean Animator and Founder of the Animae Caribe Festival believes that “ As with the development of any industry, this is the embryonic stages, there is always a disparity between where you think you are and where you actually are in terms of development and business readiness. There’s definitely been a major thrust in developing the local and regional animation industry in recent times, especially over the past 7 years. This needs to continue. There is still a significant amount of discovery that’s taking place as we develop. There is also a notable training gap that needs continuous attention – not just in terms of technical know-how but also the number of students being exposed at the many different levels of education.”

Selvon-Abrahams along with a number of local animators have provided feedback on the potential of the industry, the current work capacity of animation studios and what’s on the horizon for animation development in Trinidad and Tobago. Participating in the discussion is a mixture of new studios and well-established animators.

State of the Industry – Productivity

Michael Richards of Phastraq Limited has a hopeful outlook on current productivity levels in the animation industry. He reported that his company, specializing in Visual Effects and Compositing has been getting “quite a bit of work” in various areas, largely attributed to efforts in branding his company and keeping a relatively focused skillset.

“I think now is an exceptionally productive time for the local (and regional) animation industry as a whole. Personally, I have seen many more people becoming interested in various services and products from commercials to motion graphics, to video games, to lyric videos and films. We are definitely on an upward trend.”

“The beauty of our business model is that we never want to handle the full job to begin with but we focus on tackling the parts of the project that we think would be best suited to our areas of expertise,” said Richards.

At Full Circle Animation, this has been a particularly special year both – good and bad. Jason Lindsay commented that “the economic downturn locally has affected our business with local clientele and we’ve had to make adjustments to focus on developing international relationships a bit more aggressively than we’d planned. Before the Animae Caribe festival last year we got our first outsourcing job for a TV show on a major network. It was a small production quantity but it tested our ability to produce as part of a global animation production pipeline. Following on from that, this year we’ve acquired new relationships with international production studios and we’ve done several outsourcing jobs in quantities that were manageable for us. From these experiences we’ve managed to both stay afloat financially as well as learn more and more about both our strengths and shortcomings.”

For Lab 206, an animation studio, which has recently diversified into digital and web media services, their workload can run from two to three animation projects at a time – three depending on the size, complexity, requirements.

“There are several levels of animation activity taking place which we can probably separate into commercial work (work for hire) and original content,” shared Rene Holder, Chief Executive Officer at Lab 206 studio. “Productivity levels are low, but are growing,” confirmed a representative of Second Floor Studios located in Diego Martin. “For several years it’s been generally the same people working in the local industry doing majority of the advertisements or other client work, but the number of animators and animation studios popping up locally and regionally are increasing.”

“There was a recent downturn, and has been quite quiet for a bit,” concurred Nicholas Maxwell, Owner of Bigshinypixel Limited. “We do not produce much 2D or 3D animation outside of television advertising.”

Maxwell too has noticed the signs of downturn, identifying a decline in television advertising locally as a part of what has affected his business.

“Within the last five years, there has been a bit less coming in due to an increase in the use of templates, cost cutting and in some cases, large scale outsourcing, in addition to lack of local talent….but things are slowly picking up with the new (national) budget.”

According to Holder, there are several medium sized animation agencies in the local animation industry with a staff of fifteen or less, either on a full-time or part time basis.

“The activity comes from mostly advertising agencies to governmental agencies, while it has been touch-and-go for most companies, due to rise and somewhat easily accessibility of creating motion graphic content. Most companies have begun to hire in-house creative teams to do most of the lower-tier motion/animation work and only hire external (local or otherwise) for big projects which are become more and more few and far between.”

The local animation industry is business and government supported. Thus far, indigenous animation and game development projects have received support in part from grant opportunities such as the i2i – Idea to Innovation grant like game developers Catchy Stuff Limited – the creators of the local ‘Crab Catcher’ mobile game.

“Thanks to initiatives like I2I, and UTT’s incubator, newer studios – mostly recent graduates of UTT – have the freedom to experiment and produce animation content in a relatively ‘free’ environment without the need for commercial involvement to maintain a roof over their heads. This has allowed them the ability to create content on a fairly continuous basis, but without enough time really to validate the financial viability of this is still unknown,” said Holder.

Team member Manuel Browne explains, “Workload isn’t really an issue (for us at Toolkit Developers) with a seven-man team of animators, designers and programmers. It’s more of a challenge finding that one job that will require all of our skillsets.”

Browne also shared that Toolkit currently has two mobile applications in the making to be launched on the android and iOS platforms.

“We’re also working on a huge long-term project with I.C.E (Interactive Creative Entertainment- another game development company located in Trinidad and Tobago). We intend to launch on PC/PS4 in two years’ time, where next year we’ll be providing a trailer and a greenlight/Indiegogo.com campaign (online crowd funding campaign). It’s a very optimistic time for us all.”

In the 2016 budget, the Trinidad and Tobago Film Company (FilmTT) state agency under the umbrella cluster of CreativeTT listed plans to implement a production assistance grant funding call for animation projects under the heading ‘Economic Restructuring and Transformation”.  There are also improvements needed in the requirements for animation education and infrastructure, along with infrastructural support needed for animation distribution.

Second Floor Studios found the challenge to include funding of projects. “One of the factors limiting productivity is the funds. As animation is an expensive task, many persons are not willing to pay the kind of money for the full potential of the animation work that can be done, in addition to studios not being able to take the kind of resources to create such full scale production without any starting capital. So the cycle continues itself until some break through it.”

The regional competitive landscape is another environmental factor. At Animae Caribe 2015, animation association representatives from Jamaica, Suriname, Martinique, Barbados, St. Lucia and Trinidad and Tobago will attend the Festival.

“I’ve been noticing a lot of financial activity happening up the islands,” said Holder. “An animation cluster was formed between Barbados, Jamaica and St. Lucia with the Inter-American Development Bank’s (IDB’s) involvement. The other is Jamaica, they have had significant amounts of financing pumped into the industry.”

Export activities have also taken place over the past few years, with Eye Scream animation diversifying away from architectural animation and leading the way into animation for film with two international projects under its belt with both ‘Tobago 1677’ – a docu-drama on one of the largest naval battles in the Caribbean’s history, which took place in Tobago and ‘Oil and Gas Pioneers of the Caribbean,’ to be released in 2016.

“We can handle pretty large projects,” said Brett Lewis. “We have done Projects like TriniTrain (100km of Trinidad), and two films (Tobago 1677 and Oil & Gas Pioneers of the Caribbean.) We at Eyescream are keen to keep trying larger projects even though our team of three may seem small. We are all elite and each can command a small team of people allowing us to work on Large projects if able. We are ready for film.”

In general, all animation stakeholders look forward to the completion of several ongoing initiatives, with hope that they will continue to be funded and install positive growth in the months and years to come.

Additional trends have shown the importance of having a diverse base of services for both local studios and freelancers in order to remain competitive and be equipped for requests that may fall outside of core business models.

“We are productive, there are a few players doing most of the work but, that said, I can’t help thinking that many of the animators are waiting for a big opportunity or calling to hit them,” said Lewis.

At Full Circle, “we have our animated stories that we’ve been developing to tell the world. However, our main focus over the past three years has been on our long-term sustainability as a company and positioning ourselves accordingly. I think that unless we can first provide a stable working environment for the animators, we’re not going be able to grow as a team as we hope and draw more people to the profession and our company. We are not a team of freelancers so in that regard, building a business model that facilitates job security has been our focus.”

One thing is certain the animation industry is here and with so many variations to it, it’s definitely here to stay with studios that are keen to try new local, regional and international work. 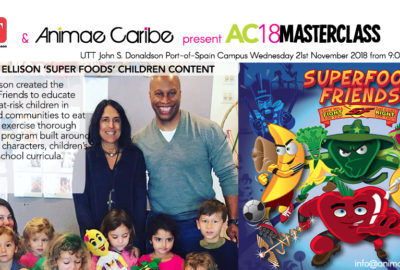 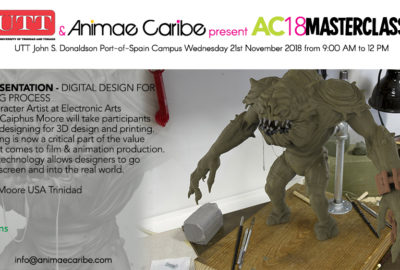 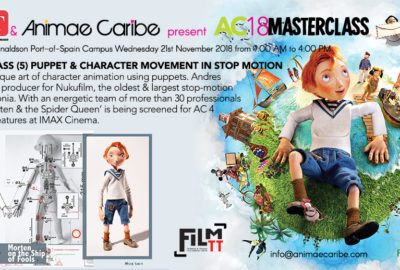 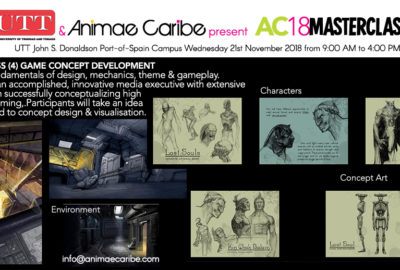 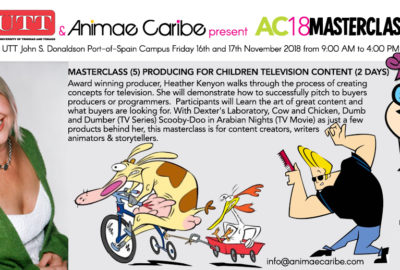