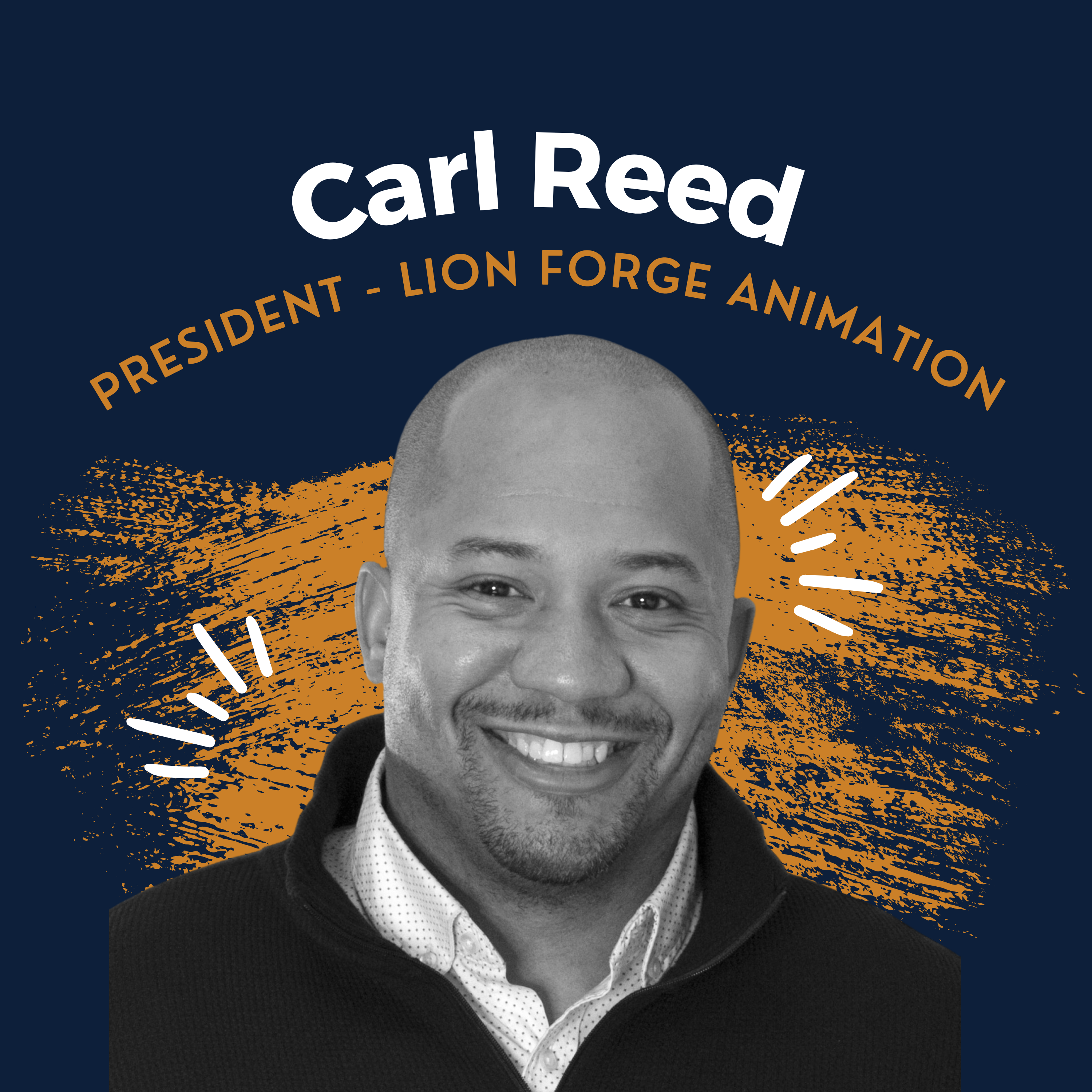 His career includes 20 years in media creation. Over the course of his career, Carl has worked with high-profile clients to produce a variety of different types of content, from comic books to broadcast animated series, toys and video games. He has worked with clients such as Disney, MTV, Spin Master Toys, Global TV (Canada), Nickelodeon, Cartoon Network and more.

Alongside founder David Steward II, Carl co-founded Lion Forge Comics in 2011, with a focus on leading creative operations. Some of his many roles at Lion Forge have included overseeing editorial and production; establishing and serving as president of the B2B services sister company, Lion Forge Labs; and his current role leading the efforts of the newly created company, Lion Forge Animation (LFA).

In his role at Lion Forge Animation, Carl jointly oversees the studio’s film, television and digital units. He directs LFA’s robust production and distribution practices as well as establishes and cultivates relationships with key creators and industry partners. 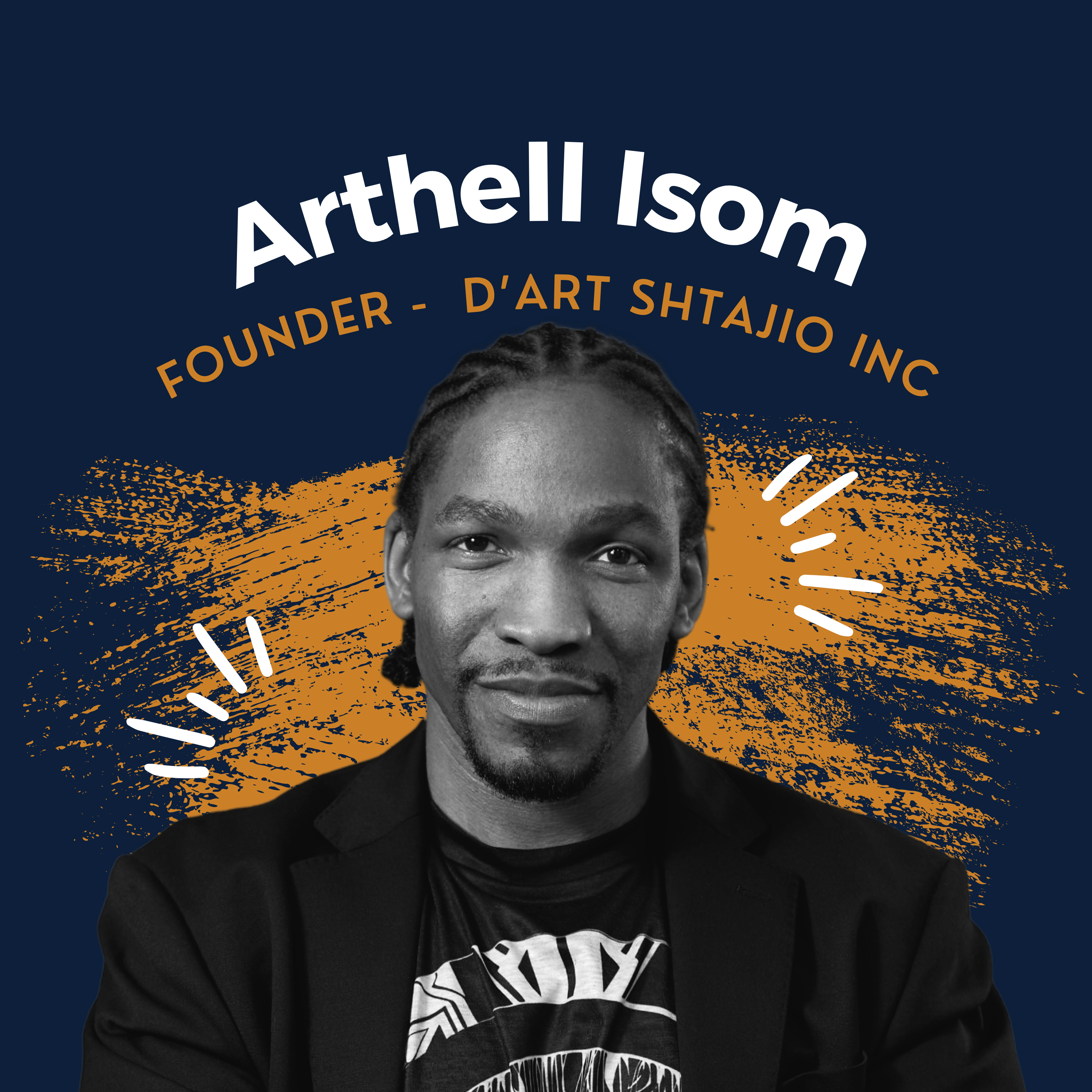 Arthell Isom is the founder of D’ART Shtajio Inc. An American owned Anime studio in Tokyo Japan. He has been working in the anime industry for over 13 years as a background and environment concept artist and has worked on several popular titles including Naruto Shippuden, Detective Conan, Gintama, and most recently the Netflix Original B: the Beginning.

He attended The Academy of Arts University in San Francisco, CA. Studying Hiromasa Ogura San’s work, Arthell dedicated himself to learning the Japanese language and in the Summer of 2004, he graduated from AAU and immediately flew to Japan to the Yoyogi Animation Technical College where he graduated in 2008. Ogura Kobou, a background production company owned by Art Director of ‘Ghost in the Shell’ Hiromasa Ogura San, hired Arthell following graduation and with his dreams realized, Isom went on to work exclusively in the anime industry under his mentor and idol. 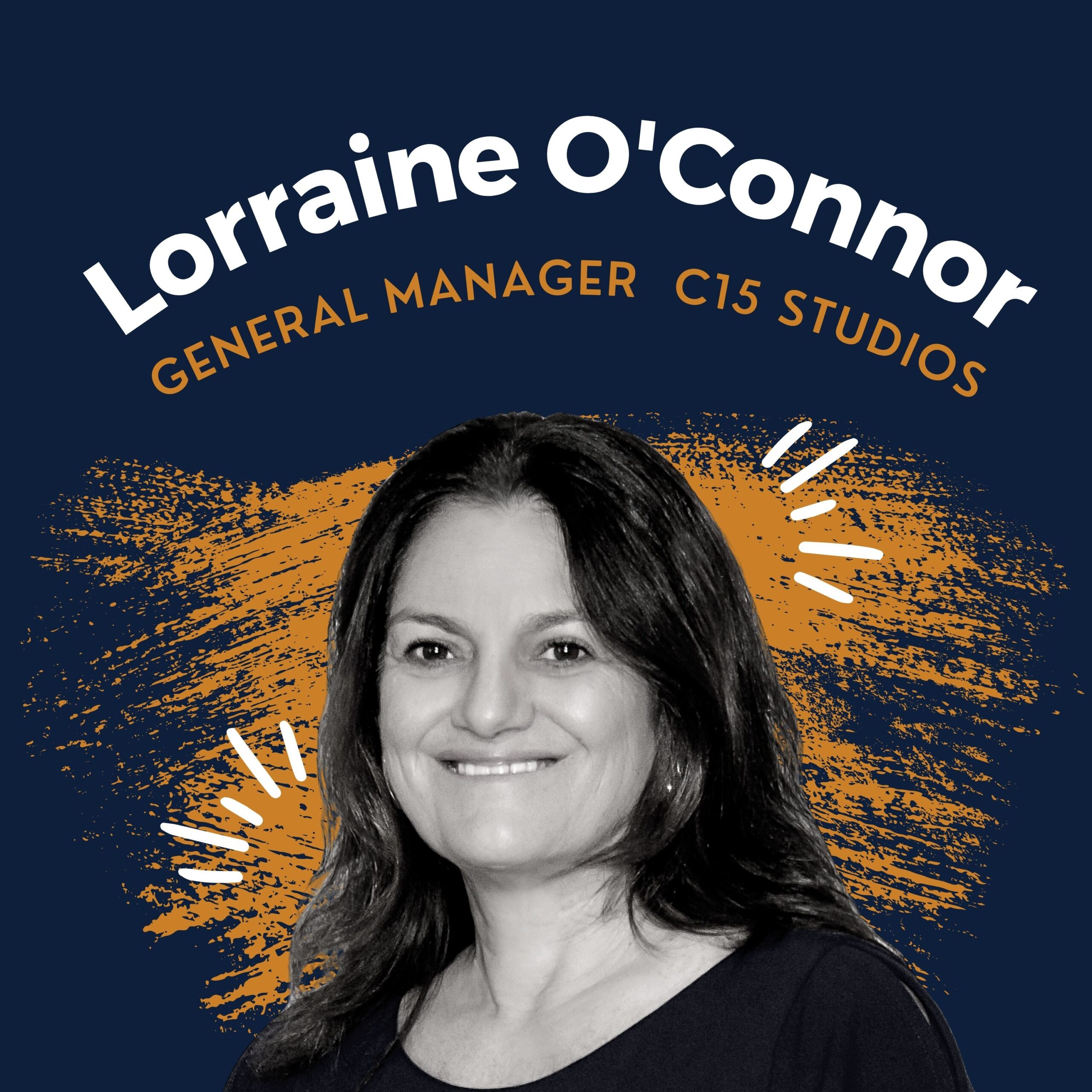 Lorraine has spent the past 30 years working in the creative industries in the Caribbean, be it as a film/TV producer, artist manager or event promoter. Lorraine has worked on many international productions, including “Amazing Race S3201” and “Anthony Bourdain’s Parts Unknown”.

She has been instrumental in the careers of artists of the caliber of Calypso Rose, Machel Montano, 3canal and Nailah Blackman.

Lorraine is a director on the board of FilmTT and the General Manager of C15 Studios. 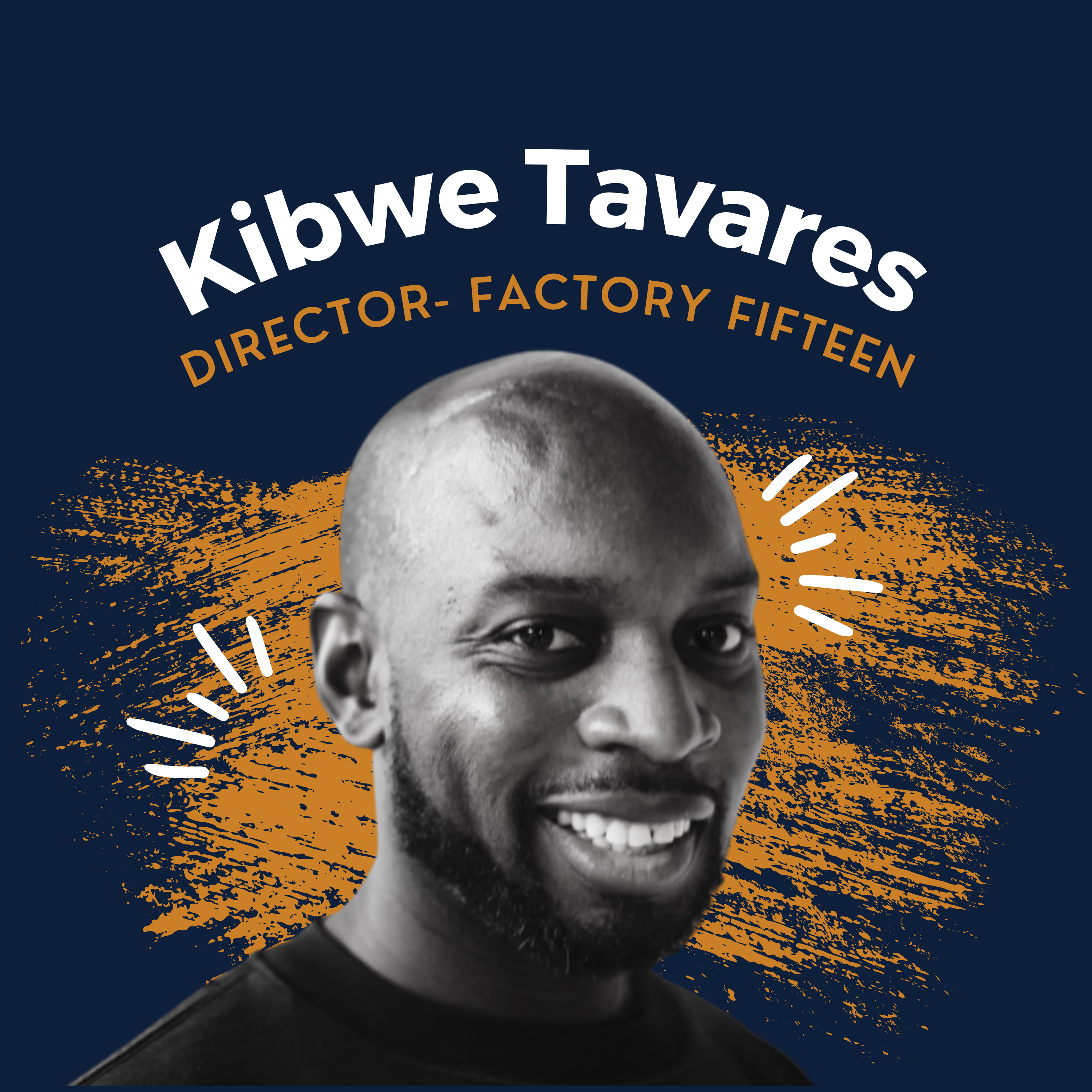 Kibwe Tavares was still studying at the Bartlett School when he began making films. His first short, “Robots of Brixton”, won the Sundance Special Jury Award for Animation in 2012.His second film, “Jonah”, starring Daniel Kaluuya, was produced by Film4.

Starting out in architecture, his skillset was a great augure into 3D Animation and storytelling. Named as one of Saatchi & Saatchi’s top 20 young directors at their New Directors Showcase, and awarded a TED fellowship. From South London, he set up his studio Factory Fifteen in 2011 with co-founders Jonathan Gales and Paul Nicholls. Kibwe’s latest film, “Robot & Scarecrow”, starring Holliday Grainger and Jack O’Connell, was released in 2017. Alongside “Aisha and Abhaya”, he went on to direct a major new adaptation of the young adult novel series “Noughts & Crosses” for BBC TV. Currently Kibwe is with Netflix. 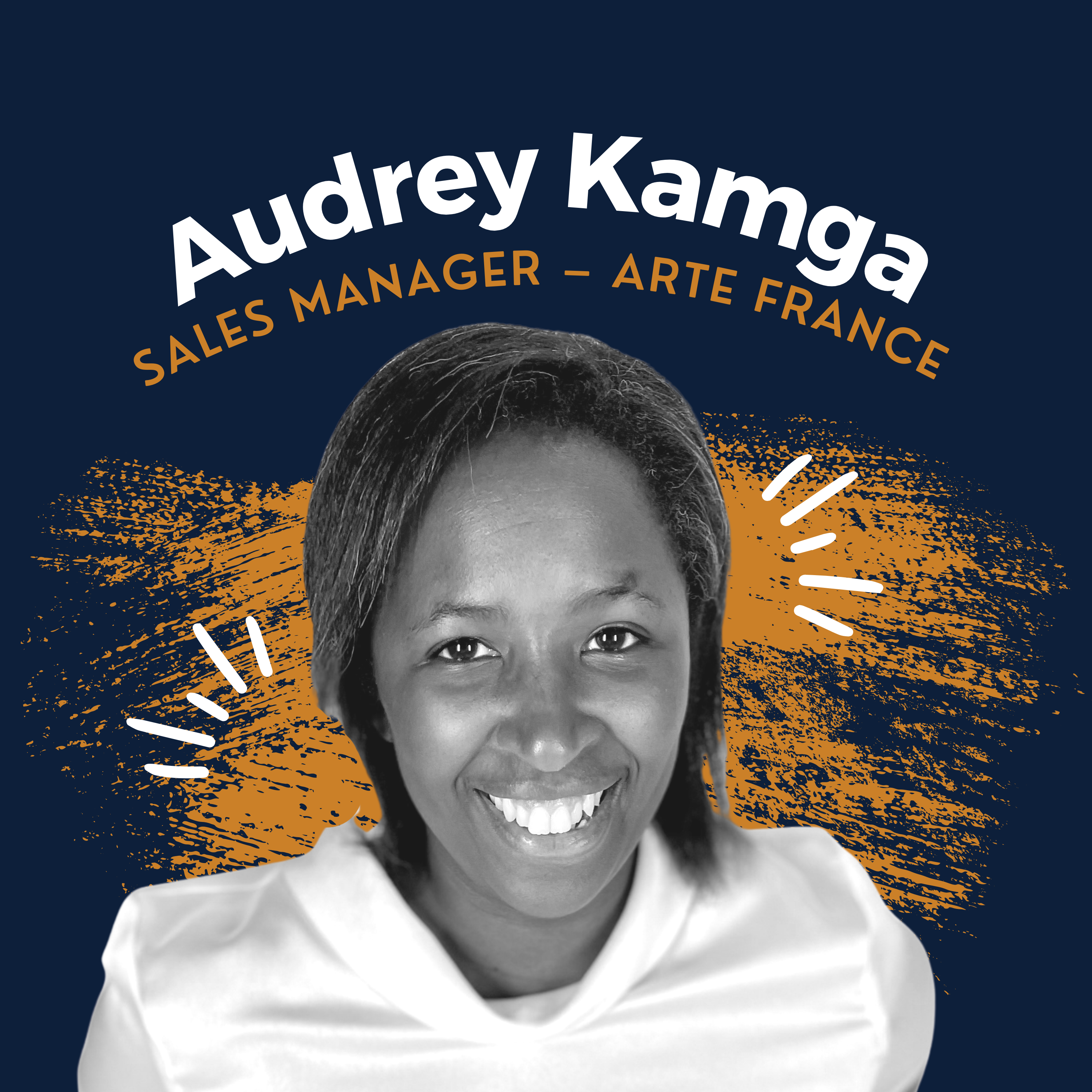 Audrey KAMGA combines business with pleasure by blending her Masters in Management Science (from the Sorbonne University, Paris) with her love of television. After holding several positions in the field of cinema and press, she started specialising in documentary by joining ARTE France’s International Distribution Department in 2005. She uses her command of marketing tools, (flyers, web sites, adverts, etc) and of administration tools (dispatching DVDs, contracting, delivering materials, etc), to oversee the representation of a catalogue containing over 4,000 hours-worth of programs in the Americas, the Middle East, the UK, Spain, Portugal as well in the air (Inflight). 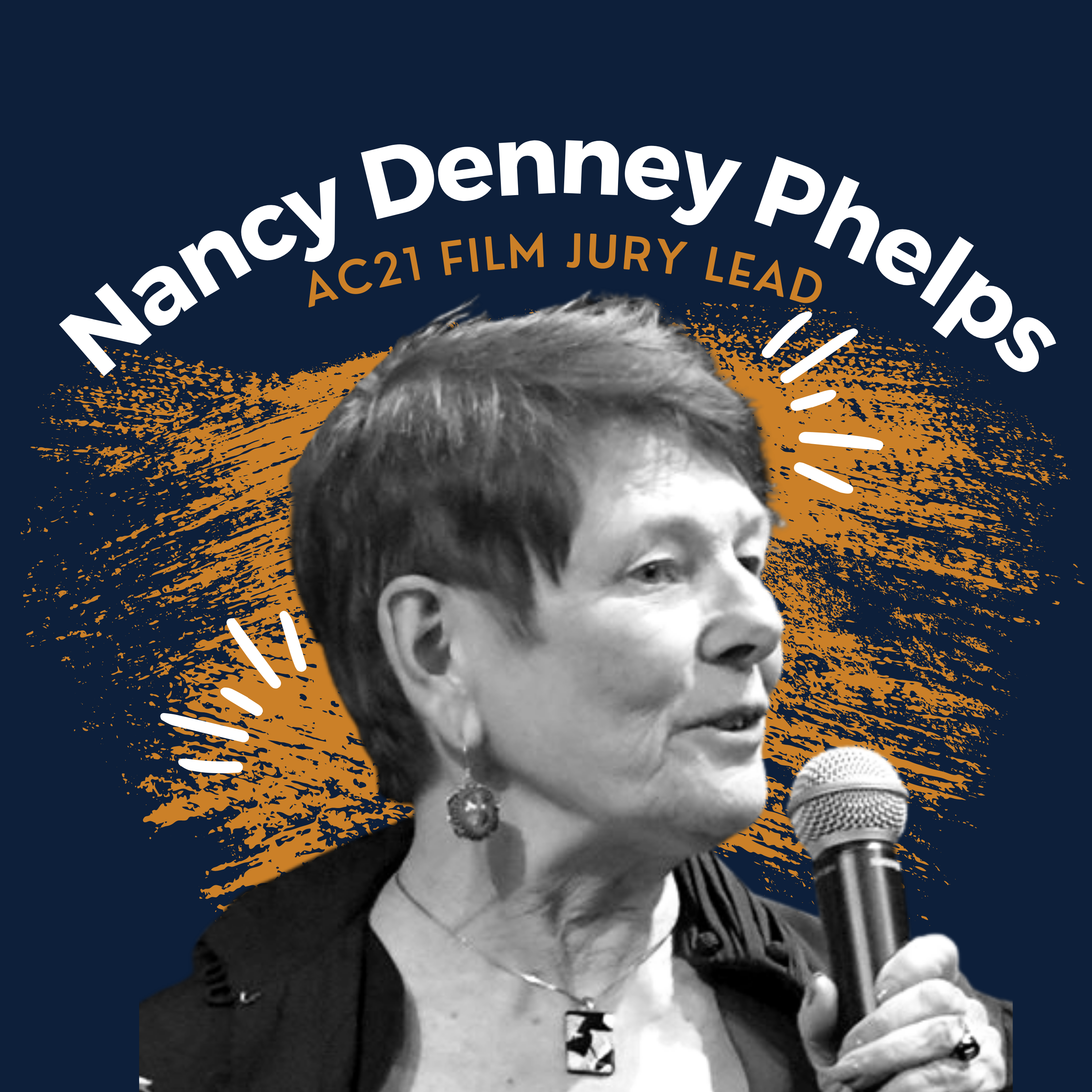 Nancy is a journalist writing about animation and festivals as well as a producer of music for animation. Along with her composer/musician husband Nik Phelps, she co-founded the Sprocket Ensemble dedicated to presenting live performances of original music with screenings of contemporary animation from around the world. Nancy’s writings have appeared in such publications as CARTOON and ANIMATOON and AWN (Animation World Network). As a correspondent for ASIFA/San Francisco and a member of the ASIFA International Board of Directors she has served on numerous International Animation Festival juries and taught time management for animators at the Lucerne University of Applied Sciences and Arts, School of Art and Design. In 2019 was the recipient of a Life Time Achievement Award from ANIMA KON Animation Festival in Bilbao, Spain. 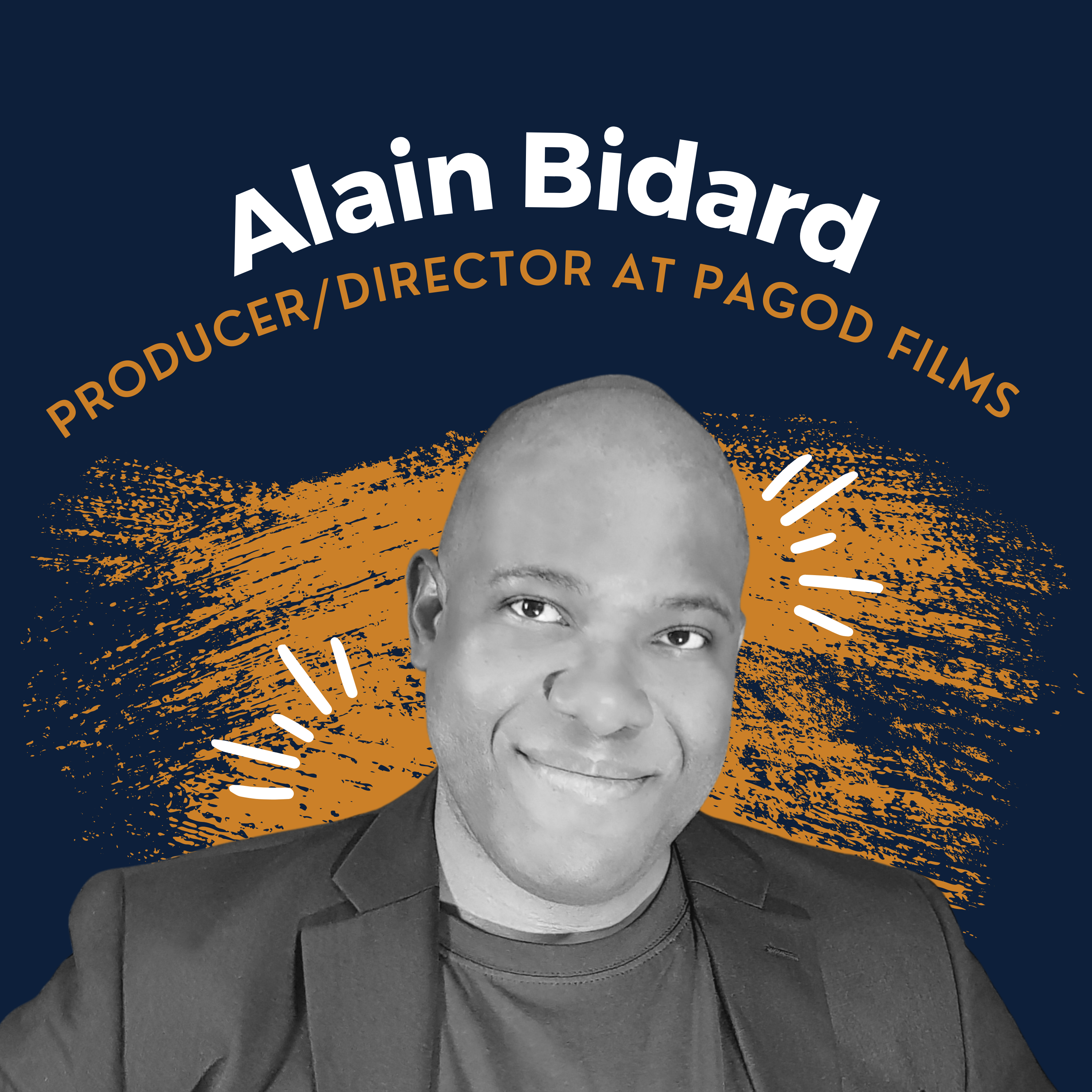 Alain is an award-winning animation film director who has worked in France for 17 years. In 1996, after completing high school, he entered SUPINFOCOM, one of the best Computer Graphics schools in Europe. His first film, “Pixies”, entered many festivals including the prestigious Imagina festival in Monaco and Anima Folioscope in Bruxelles.Alain Bidard directed many award-winning short films in the 2000’s. Then in 2015, Alain Bidard released his first animation feature film, “Battledream Chronicle”, a successful film that has won 20 awards and more than 70 nominations worldwide.Between 2016 and 2019, Alain Bidard directed 2 other short films and a TV series pilot adaptation of his feature film, which won together more than 30 awards and more than 100 nominations worldwide. 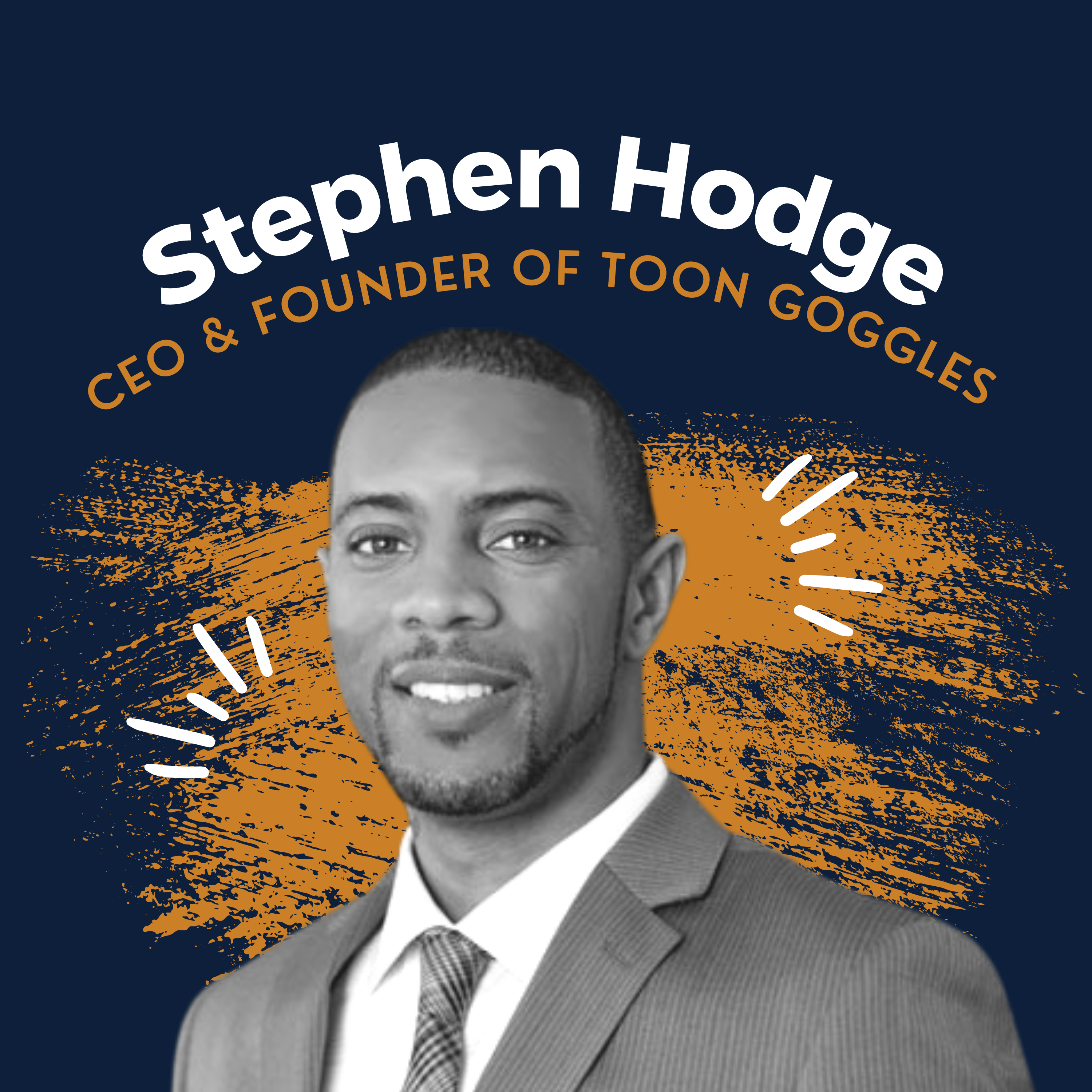 Stephen has spearheaded the children’s content platform Toon Goggles (TG) from its launch as a beta website in 2012, to its global distribution across every major consumer electronic device today.

As founder of this leading OTT (over-the-top) service, Stephen has led his team in the overall strategies for content licensing, business development, monetization, and ensuring TG stays ahead of its competition by implementing forward thinking innovations such as downloading content onto your device, streaming 4K content, working with and developing young influencers, and more. Staying with the cutting edge of technology, Toon Goggles just launched a linear streaming channel on Samsung TV Plus – which looks like any other TV channel.

From the very beginning we have focused on being where children are consuming content. Other companies just exist in the App Store—we’ve always focused on marketing Toon Goggles with our consumer electronics partners, which in turn, helps us with our consumer recognition. Our users discover us from unboxing their Vizio or Hisense TVs going to the children’s section and seeing Toon Goggles heavily promoted. You see Netflix then you see Toon Goggles.” Most recently, Stephen had Toon Goggles launch a second OTT service called, “SQAD,” which has popular content specifically geared towards the teen/tween demographic. 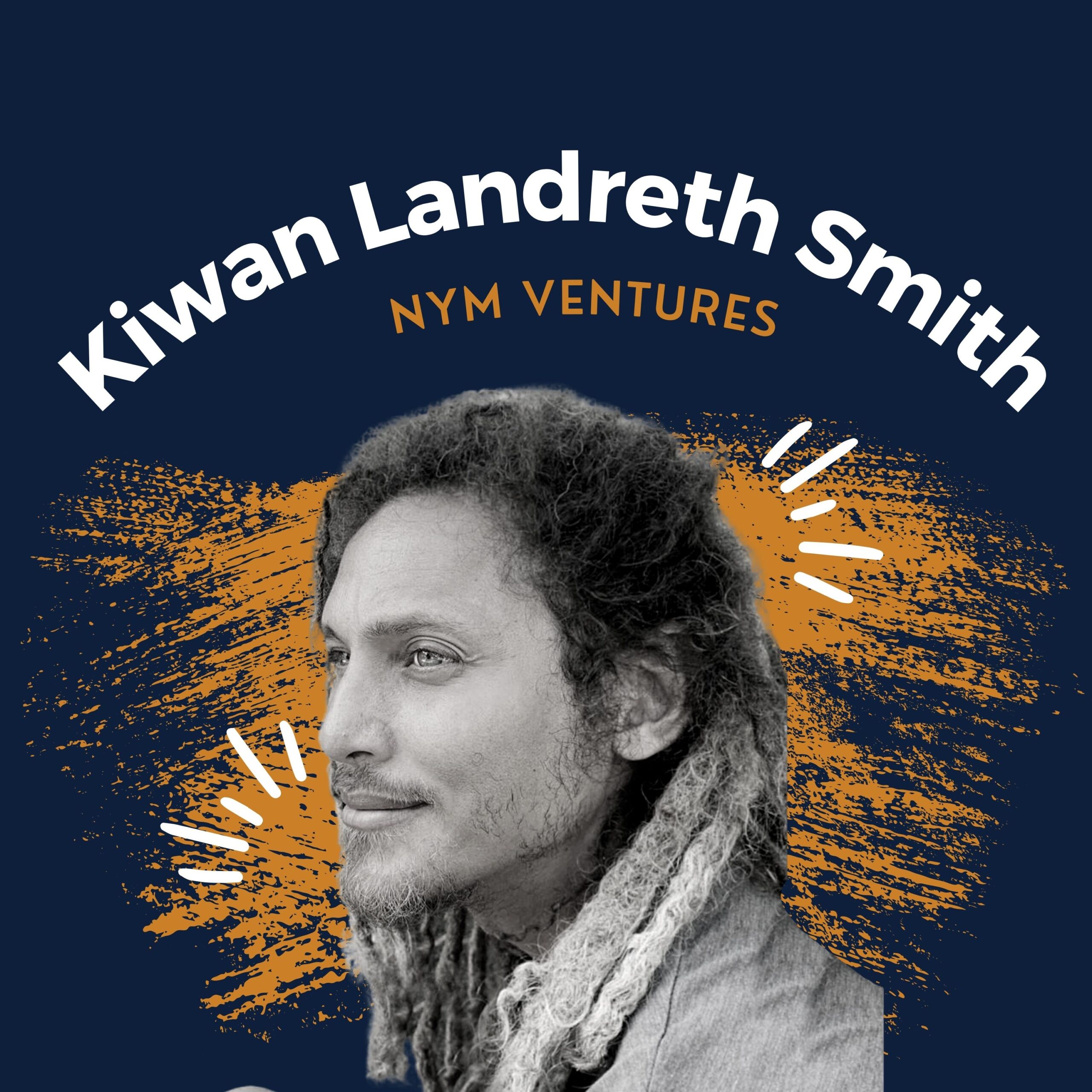 Blockchain technology has stolen my attention since June 2019. I was looking for new ways to generate income and when the pandemic flipped the world on its head, what I found was technology that could help rebalance the scales of power a bit and enable a world with more truth. Now I’ve found myself on a journey to be part of a community who is reshaping the future and forging new paradigms for societies’ community and financial structures. 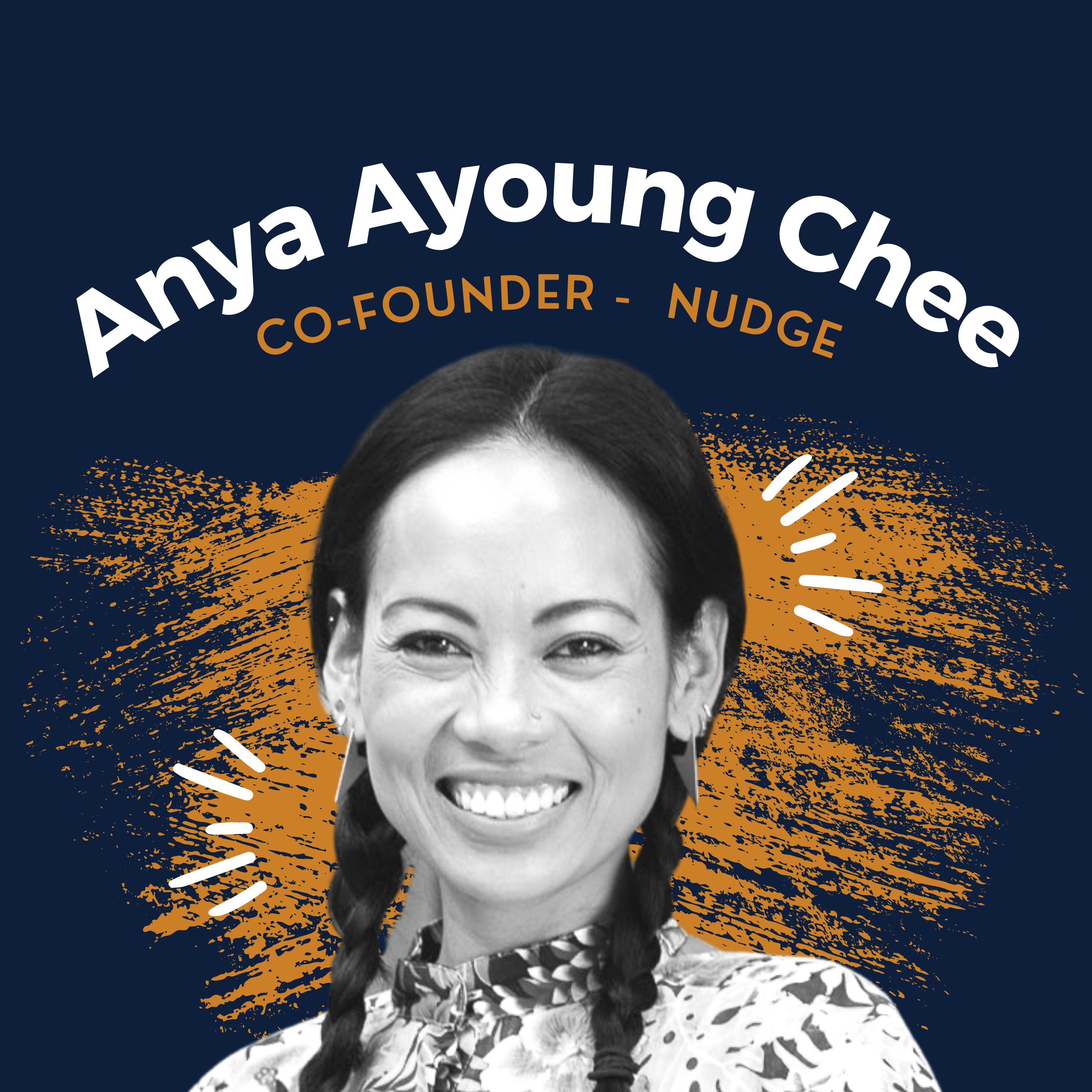 Anya is a Trinidadian fashion designer, model and television host. She was Miss Trinidad & Tobago Universe 2008 and was a contestant in the Miss Universe 2008 pageant. She was the winner of Project Runway‘s ninth season in 2011. She founded the fashion lines Anya de Rouge and Pilar and the online fashion retailer cANYAval. 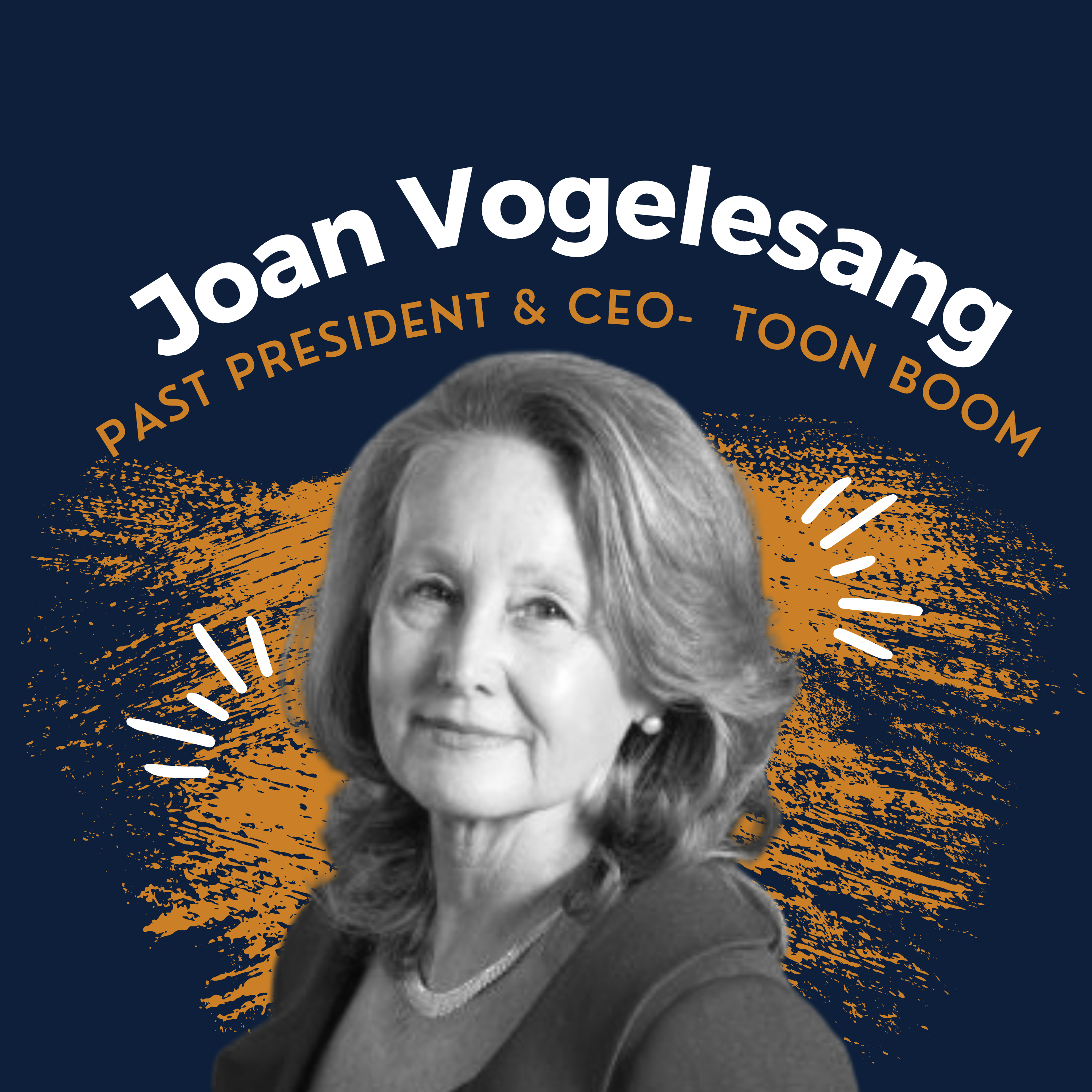 Ms. Vogelesang has been President and Chief Executive Officer of Toon Boom Animation Inc. from 1998 until 2014. Under her leadership, Toon Boom continued to maintain its position as a world leader in digital content and animation technology not only in high-end studios but also in education and consumer markets using the online platform.

Ms. Vogelesang has over 35 years of experience as a senior executive responsible for the product design and engineering teams, international business development, customer care and operational management in large and smaller organizations. 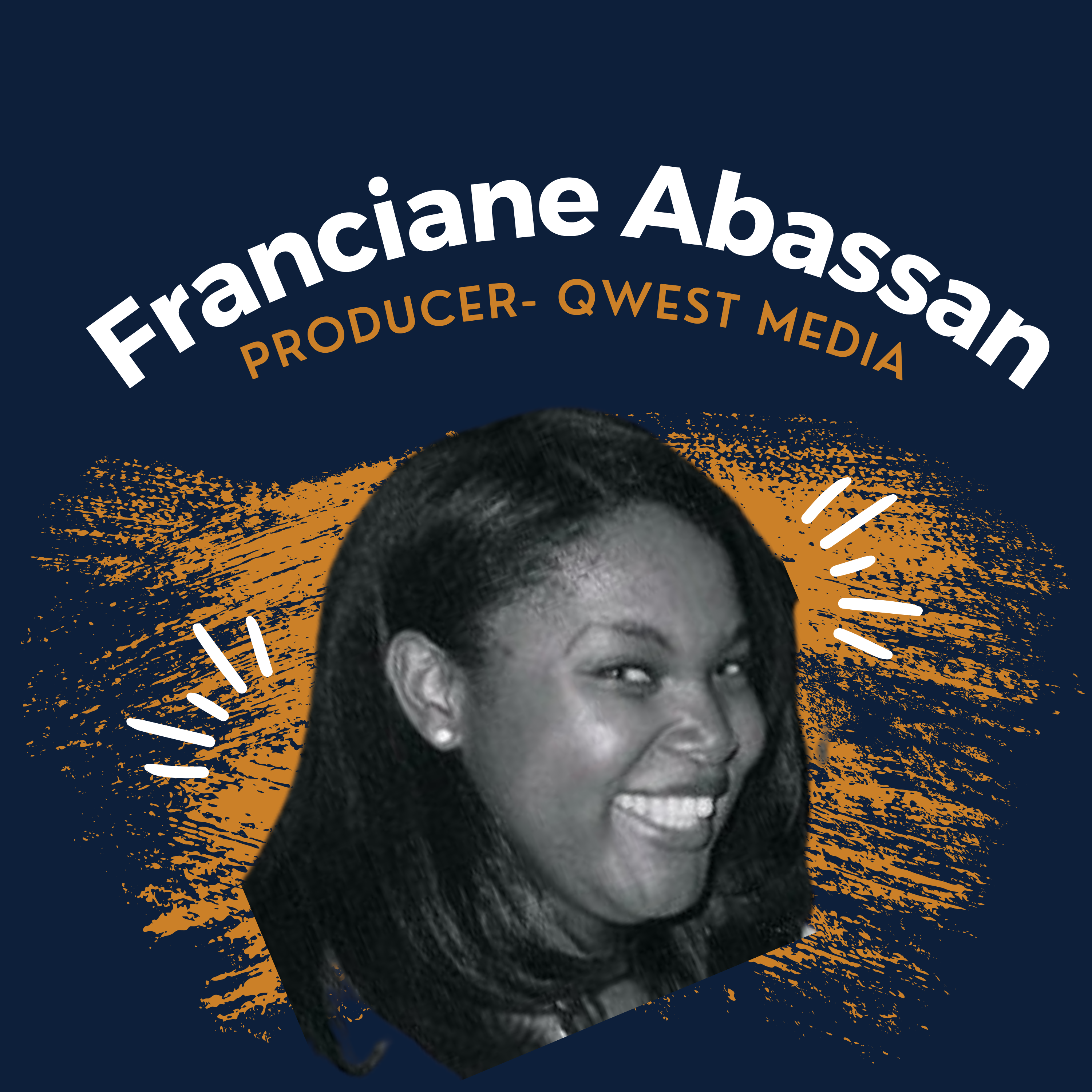 Franciane began her career in Finance in 1998 as Treasurer in a major French bank in the Loan Market for the Rest of the World sector. She got closer to her passion for films a few years later when she joined Doc&Co (now Doc& Films International), a documentary film distribution company based in Paris.

As a Producer & Sales agent she have been able to present international documentaries, content for kids, features drama that have won prestigious awards from world-renowned festivals. In March 2020 she was the production & creative mentor of a new animation studio Langages du Sud based in Casablanca in Morocco for their 1st 3D animation pilot “Lina & Adam”.for a program launched by the AFD. 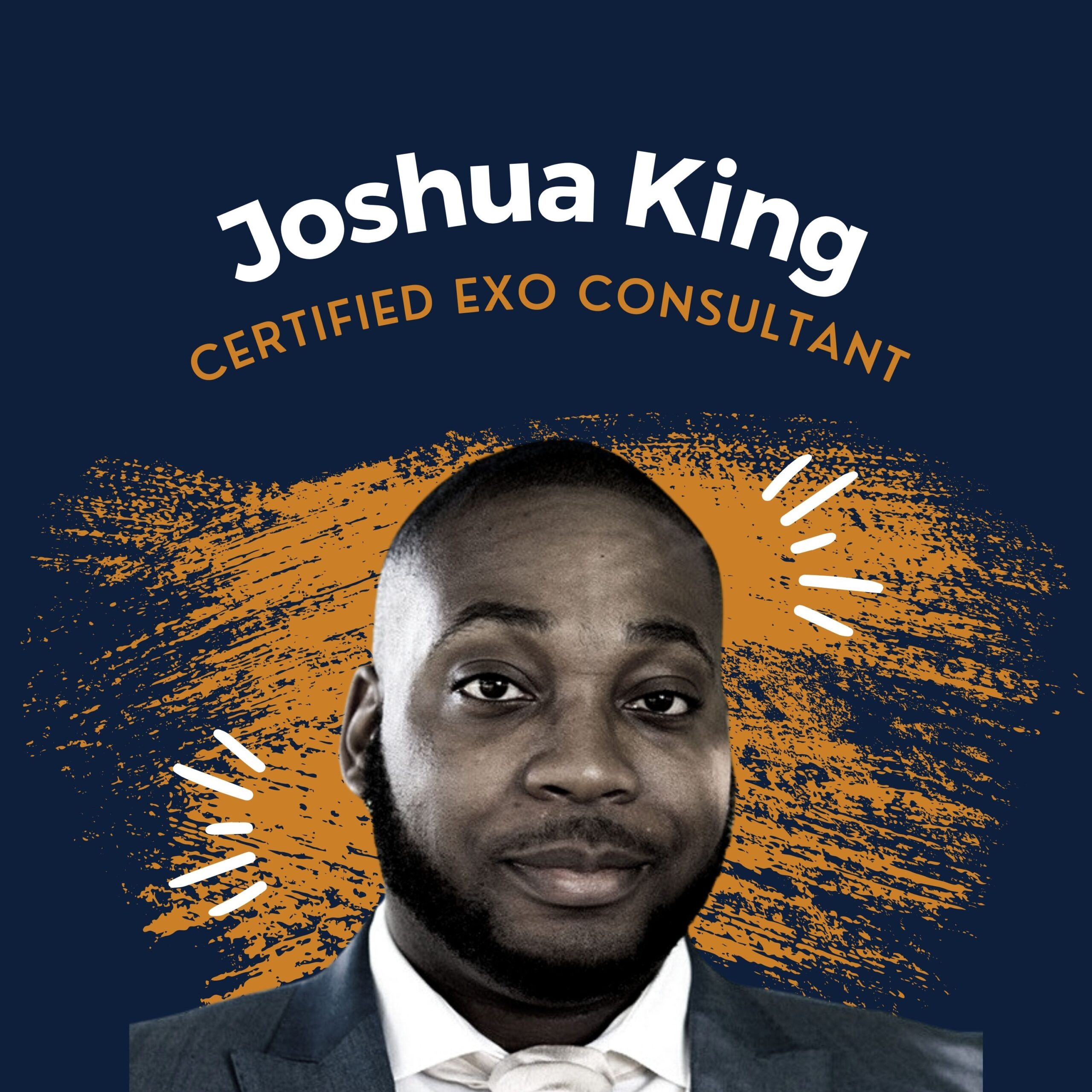 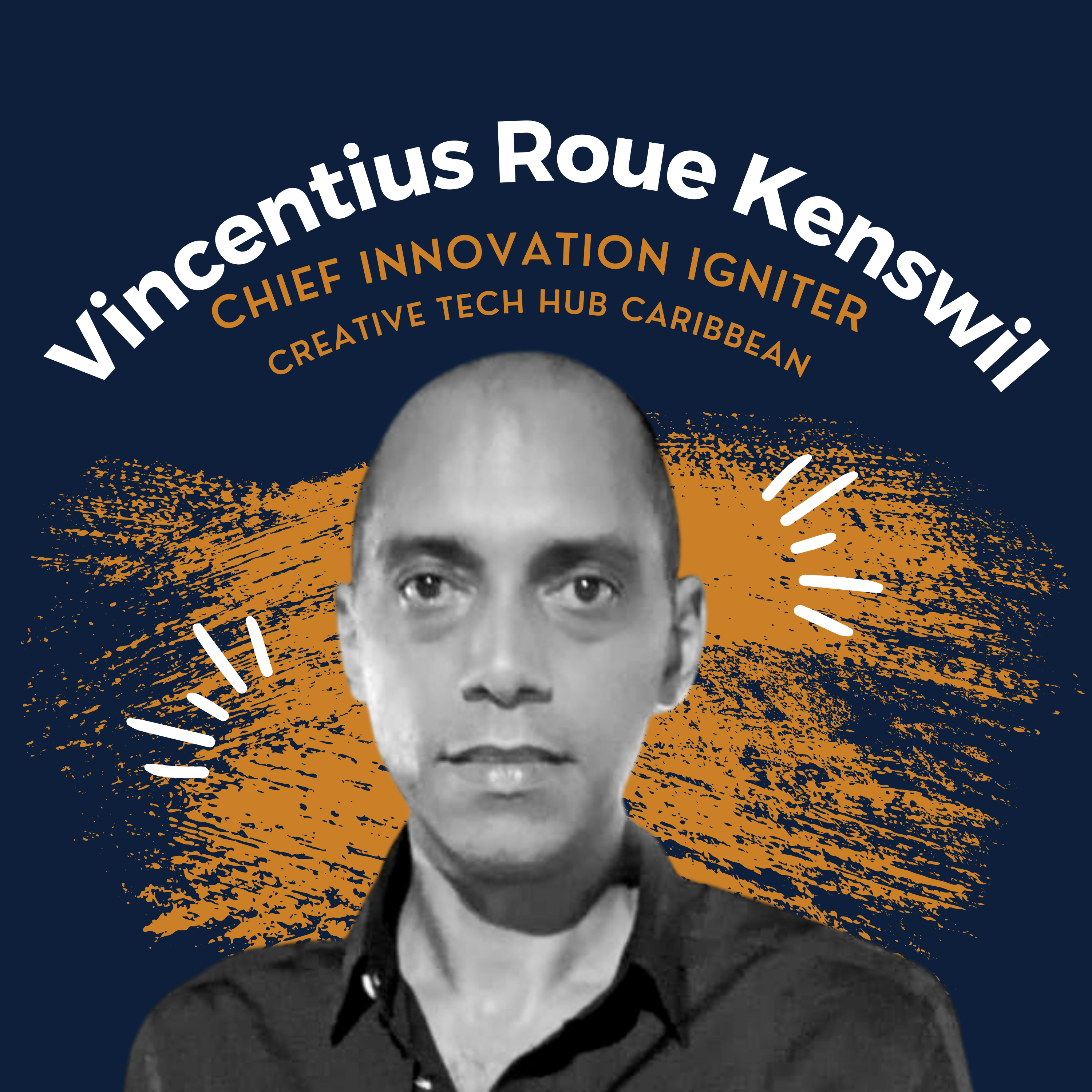 Vincent is from Paramaribo, Suriname and his story is about the dream to transform Suriname to a Good and Respected Country. ¨Although Suriname has been blessed by its natural resources like gold, oil and bauxite we still didn’t succeed to develop equal prosperity. With 90% of our land covered with pristine Amazon rainforest and therefore much potential for good water-resources and clean-air, the need to develop a balanced future is necessary.¨ As a business-leader, Vincent is committed to contribute to this future. The most valuable resource of Suriname are it’s people, descendants from all over the world, which gives us a unique mix of several characteristics. With good leadership and a solid, widely supported foresight we can transform Suriname to an example of a Good Country. Part of a Good Caribbean. Part of a Good World. 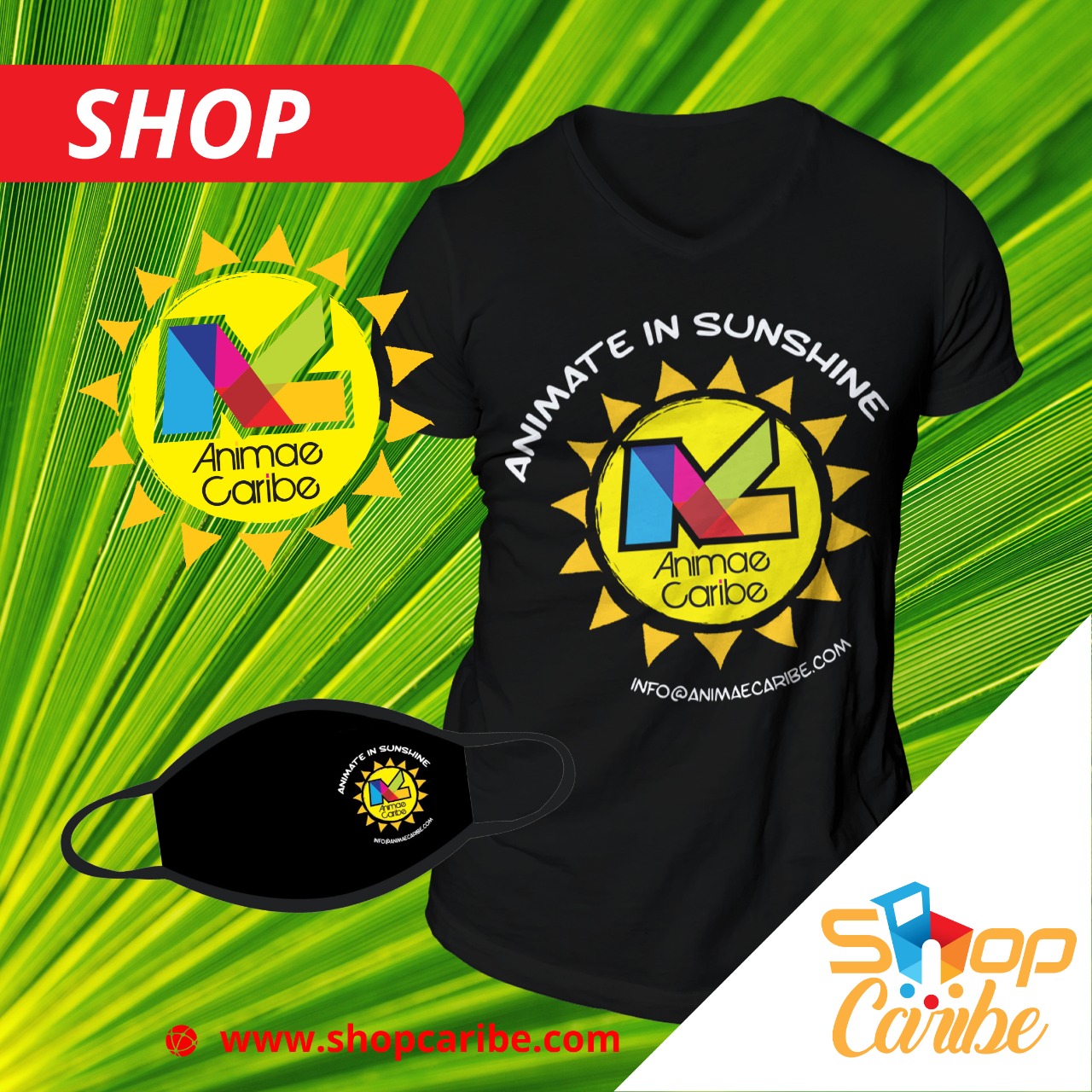